A winning event for hundreds of pets 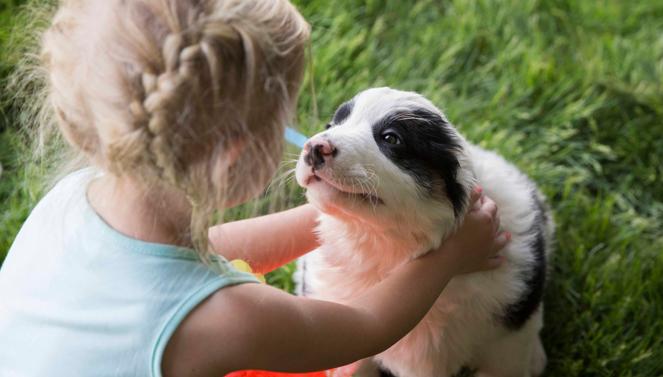 NKUT Adoption Weekend brings rescue groups and animal lovers together.
By: Denise LeBeau on May 14, 2015

Fluffy, a senior, partially blind cat could be considered a challenging pet to place. The cat, along with 30 others, was rescued from a hoarding situation by Humane Society of Utah, and then taken in by the Community Animal Welfare Society (CAWS). While he was safe, Fluffy still needed a home. But luckily, there was a big adoption event scheduled, and if ever Fluffy were to find a home, this event was the place to do it.

The spirit of collaboration that saved Fluffy was echoed throughout the entire NKUT Adoption Weekend — a two-day Best Friends event that brought 22 animal rescue groups and shelters together in one festive place to feature available animals to the eager-to-adopt public. Fluffy, along with nearly 470 other animals, found their perfect forever homes during the event. From the sweetest frail cat to the biggest lug of a dog, there was someone for everyone at NKUT Adoption Weekend.

As special as they get

With nearly 5,000 attendees, participating rescue groups increased their odds to find the right match for each of their charges. The folks at Hearts 4 Paws were thrilled to be joining the event for the first time. Laurie Epperson, the group’s director says, “I have several dogs that are hard to place because they’re either seniors with medical problems or are part of a bonded pair. I knew this event would be their best chance at exposure to get them adopted.”

They had a wonderful little miniature pinscher named Joey who they really wanted to see go home. As an eight-year-old dog who requires seizure medication, he needed a special family. He’s also great with cats, kids and other dogs, so the $15 per month expense would be a small investment for the joy he would bring. It didn’t take long for his new mom to find him at the event. “We are very happy that Joey found a family who loves him,” says Laurie. Laurie was also excited that Joey was one of 14 other Hearts 4 Paws dogs to find homes during the NKUT Adoption Weekend.

The event also featured training tips with K9 Lifeline manning the “Ask the Trainer” booth. Heather Beck, founder of K9 Lifeline, stopped by to see how it was going. “I have attended these events since the very first one,” says Heather. “It is such an amazing way to bring people and animals together that might not have met.”

As she was walking past adoptable dogs, she saw Jackster, an 11-year-old fellow from Best Friends Animal Sanctuary in Kanab. Heather’s got a huge place in her heart for older dogs who just need “a squishy place to rest in their golden years.” Although she was just there to check in, she would soon be checking out with a wonderful senior, who fits in with her pack of older, large breed dogs.

“Without this event I wouldn't have met Jackster, now named Jax,” says Heather. “I didn't really need another dog, but how could I not give Jax the amazing home he deserves? I'm forever grateful for everyone involved for bringing hearts together.”

At the close of the event, an additional 48 pets who hadn’t been adopted were transferred from city and county shelters over to rescue groups with the resources to give them a loving environment until they’re adopted. That brings the tally to more than 500 animals saved, including Fluffy, Joey, and Jackster, who are now sitting pretty thanks to the NKUT Adoption Weekend.

Get involved
Help bring more events like these to the animals by donating to Best Friends.

Adopt your next best friend.