What Will Happen to All Those Pets in Foster Homes? 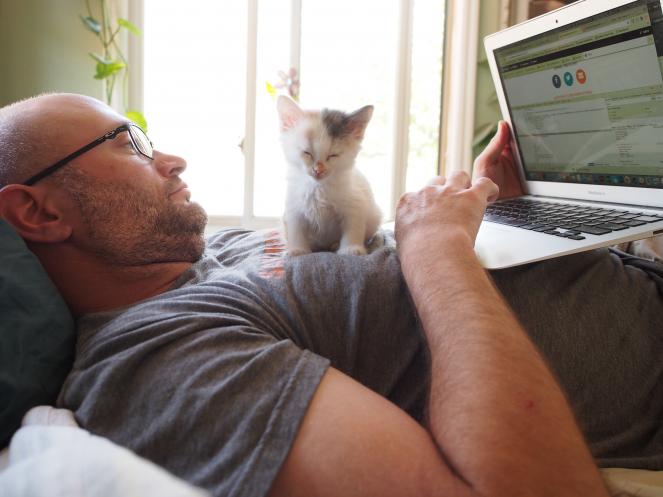 Although it seems like an eternity, it was just shy of eight weeks ago that hundreds of millions of lives across the country were abruptly upended. Schools and businesses closed, families and individuals found themselves working and learning from home, and toilet paper, hand sanitizer and webcams became sought-after treasures. Animal shelters, many at capacity, closed their doors.

What happened next emerged as a surprising silver lining from this crisis. People stepped up by the thousands to take foster pets into their homes. But what will happen to all those animals when people go back to work?

According to Petpoint —a leading shelter management software company that tracks data from almost 1,200 animal welfare organizations—there was a 93% increase in animals going to foster during the first week after the shutdowns began (March 14-20), compared to the week prior. Currently, they report that roughly 37% of the shelter population is in foster right now. Based on that percentage, this could represent an estimated 60,000 to 90,000 animals in foster homes nationally.

“With many animal shelters closed to the public and with looming fears of a flood of new dogs and cats coming in because of the economic and social impact of COVID-19, only one door remained open to shelters to maintain their lifesaving capacity — their local community of animal lovers,” said Julie Castle, chief executive officer for Best Friends Animal Society. “This has represented an amazing opportunity to get pets out of shelters and into foster homes, which is good for both the pets and the people.”

Do animal shelters expect a flood of tens of thousands of pets as life goes “back to normal” and people return to work? Based on current trends, it appears that many foster pets will have some other positive outcome before shelters reopen and people go back to work.

One outcome for these pets is known as “foster failure,” a lighthearted term used in animal welfare, which means the foster family fell in love with their foster pet and decided to adopt them.

Best Friends Lifesaving Centers in Los Angeles, Salt Lake City, New York City and Atlanta and their program in Houston are already seeing fosters get adopted at an impressive pace. Of the collective 1,600 animals placed in foster homes since the crisis began in mid-March, 914 -- nearly 60% have already been adopted. In Salt Lake City, NYC, Atlanta and Houston, where “foster fails” are being tracked, and average of 22% of all animals adopted were adopted by their foster families.

“We expect that many people will get attached to their foster pets and discover that they enjoy having a pet around and choose to adopt in the coming weeks or months, if they haven't already, Castle said. “Many people who adopted or fostered during the pandemic will realize how easy it is to care for a pet and that they really do have time to have a pet around, even after they go back to work. By now many have undoubtedly discovered the secret that dogs and cats spend much of the day sleeping, whether someone is home or not. Plenty of people work full time jobs and provide loving homes to foster or adopted pets.”

Best Friends has even created a weekend adoption event, May 7-10 to thank folks for fostering a homeless pet, and to encourage those who are on the fence to take the leap and adopt their foster.

The Foster Win campaign was created to help Best Friends’ 3,000+ Network Partner groups across the country to convert animals in foster homes into adoptions, as well as celebrate “foster fails” by applauding them as “foster wins.”

The campaign includes a downloadable toolkit with creative assets, including social media graphics, a sample email to send to fosters, and even a printable sign for social media, so adopters can celebrate their #fosterwin. Here’s a cute video to promote the event.

For those not ready to hold on to their foster pet just yet, lots of animals still need a home in-between homes, and by continuing to foster they’re giving pets in need a second chance.

“Other foster families will enjoy their foster pet temporarily, learn about them in a home environment and be able to offer better information about the pets to potential adopters,” Castle said.

For those fosters parents who would like their foster pets to be adopted, shelters and rescue groups adapted quickly as they closed their doors, to put systems in place for adoption specialists, fosters and potential adopters to meet by video chat platforms to answer questions and complete the adoption process virtually.

Technology has been a game changer in helping the adoption process during the COVID-19 crisis by empowering fosters and potential adopters to do virtual meet and greets. This has been incredibly successful and gives an opportunity to meet a dog or cat virtually on a couch, rather than a cage or kennel environment and see their true personality shine in a foster home. Best friends and other groups are using Facebook groups, Instagram TV, Zoom and other platforms to showcase pets in foster homes, hold virtual adoption events and even feature adoptable pets on local TV, where in-studio appearances are currently not an option.

Best Friends Lifesaving Centers, as well as shelters and rescue groups across the country adapted quickly to virtual adoptions using applications like Slack, Trello, Airtable, Microsoft Teams, GoToMeeting, Skype, Zoom and FaceTime for these “meet and greets.”  In person meet and greets to get to know the pet, and dog-to-dog introductions are being accomplished with social distancing and other precautions, before the adoption is finalized, then pets are transferred to their new people following all social distancing and sanitizing guidelines.

Can’t commit at the moment? That’s okay, too, according to Castle.

“Whether you choose to foster or adopt, now is the perfect time to give love to pet that would otherwise be in a shelter,” she said. “You're a winner either way!”