Give to the animals with a Guilt-Free Dessert 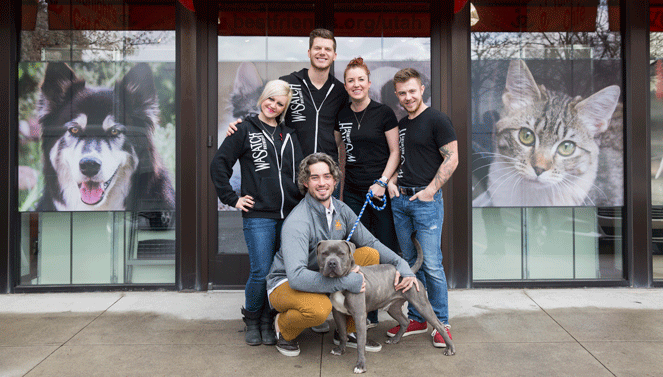 Once again, the Wasatch Brew Pub in Sugar House has chosen Best Friends -- Utah as the beneficiary of their "Guilt-Free Dessert" promotion.

The annual sales contest pits all five Pub locations, as well as the Beer Store, against one another in a friendly rivalry to raise money for a variety of local charities. During the month of May, every time a guest orders the special dessert (carrot cake for 2016) at the promotional price of $5, all of the proceeds are donated to the chosen charity for that location. Patrons can also donate cash that, at the Sugar House pub (2110 S. Highland Drive), goes directly to the animals at Best Friends.

“In 2016 we will again be matching the donation from the restaurant that raises the most money for their charity,” said Squatters and Wasatch Chief Operating Office Doug Hofeling.  “Including the matching donation from Salt Lake Brewing Company, last year’s promotion raised over $33,000, with the winning charity receiving over $15,000.  With the help of Nicholas and Company, who has generously agreed to donate all of the ingredients to make the carrot cakes, our goal is to raise $40,000 in 2016,” says Hofeling.

The staff at each restaurant chooses the charity they wish to support, and Best Friends is thrilled and honored to have such generous neighbors. Bonus: the Wasatch Brew Pub in Sugar House has a dog-friendly patio!