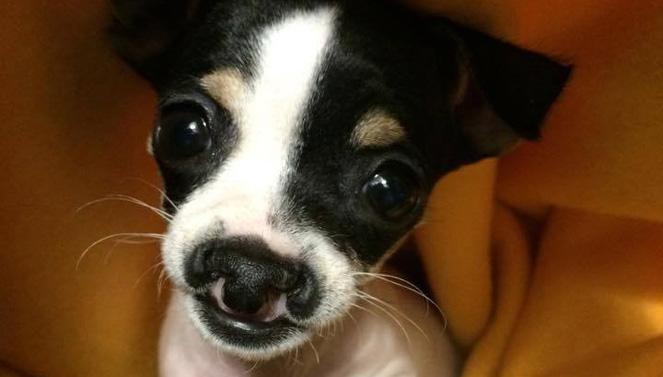 Working together to Save Them All® is more than a Best Friends rallying cry. It’s the cornerstone to rescuing Utah’s homeless pets and making Utah a no-kill state. No-Kill Utah (NKUT) is an initiative led by Best Friends Animal Society that brings together individuals, city shelters and other animal welfare organizations to end the killing of dogs and cats in shelters throughout the entire state of Utah.

It takes all kinds of organizations to help make Utah a no-kill state, and NKUT Coalition members provide the force behind the drive to achieve that goal. Hope’s Rescue, one of the newer NKUT Coalition groups, puts extra muscle behind its effort to take special needs animals out of harm’s way and into healing hands and loving homes.

Hope’s Rescue, organized in 2012 and named in memory of a badly abused Chihuahua, has been an NKUT Coalition member since 2013. “Although Hope eventually succumbed to her injuries, her memory lives on in the efforts of our rescue to provide a place for shelter dogs and cats that, because of injury, age, or some other long-term issue, have a limited chance for being adopted from the shelter,” says Hope’s Rescue founder Marti Gessel Russell.

Like the commitment of Hope’s Rescue to save more animals from dire situations, NKUT is committed to helping coalition members expand their reach to rescue, rehabilitate and find new homes for as many animals as possible. “Being a part of NKUT has given Hope’s Rescue much-needed additional funds to help the pets we pull from high-risk, low-adoption shelters,” says Marti.

The organization’s rescue of Miri, another Chihuahua who would have perished, exemplifies mission of Hope’s Rescue. The pup was born with a severe cleft palate and the deformity left her unable to nurse properly. Just a few days after being born, Miri was struggling to survive. Her irresponsible breeder quickly dumped the malnourished puppy, but luckily a network of rescue volunteers found her and contacted Hope’s Rescue.

“This tiny dog, like our group’s namesake, Hope, was determined to fight for her life in spite of the tremendous odds she faced,” says Marti. “Miri is an example of one of the dogs with severe medical issues that Hope’s Rescue was able to help with the supplemental funding we received from NKUT.”

Help from NKUT has enabled Hope’s Rescue to be part of an expanded statewide network of like-minded organizations through contacting other rescue groups for resources to save more shelter pets.

Marti says the organization has also found NKUT’s marketing to be helpful in building community engagement. She says NKUT has helped raise public awareness of the joys of adopting a pet, instead of purchasing a pet from a store.

“This means that more people seek us out because they want to adopt, not shop,” Marti adds. “We are proud to be even a small part of helping bring Utah’s animal shelter euthanasia numbers down,” says Marti.

Along with the hundreds of pets saved by Hope’s Rescue, Miri’s story has a happy ending. After four surgeries and months of tender loving care, the Chihuahua has become a happy statistic. After following Miri’s story on the Hope’s Rescue Facebook page, a couple was waiting patiently for Miri to be healthy enough to go home. On March 28, thanks to the dedication of Hope’s Rescue and NKUT, the little girl with the funny face found her forever family.

Adopt your next companion from NKUT.