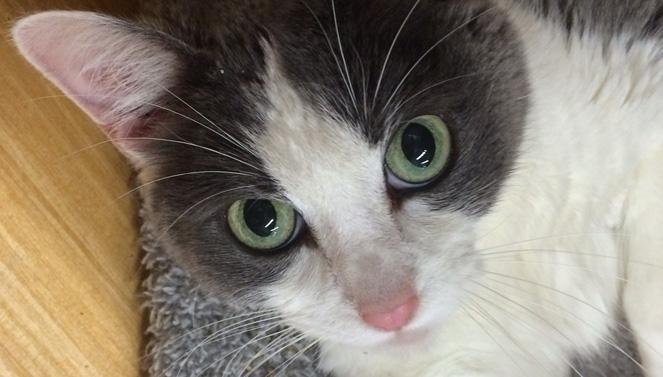 Established in 2014, Ashley Valley Community Cats (AVCC) of Vernal, Utah, provides an important service by assisting dozens of people with their community cats. In its short history, AVCC has helped more than 1,000 cats through the process of trap/neuter/return (TNR).

Elise Lane, the group’s founder, saw free roaming cats on residential properties and decided to start relationships with property owners to get the cats spayed or neutered and provide further medical care, if needed. She then connected with the managers of commercial properties, as well as restaurants that were providing food to community cats, to tell them how they could get their cats fixed and returned — as easy as pie.

AVCC uses the Best Friends spay/neuter voucher program so that cats can be spayed or neutered free of charge. In a spirit of collaboration to achieve no-kill goals, AVCC has established a partnership with Uintah Animal Control & Shelter, a Vernal municipal shelter, to save even more cats. AVCC, despite the fact that it is still a young organization, gets the job with the skill of a rescue group that has been around much longer.

AVCC is part of the NKUT Coalition, an initiative led by Best Friends Animal Society, which brings passionate individuals, city shelters, and a coalition of animal welfare organizations together to help end the killing of dogs and cats in shelters throughout the state by 2019. The straightforward plan is to provide spay/neuter services where they are needed most (so that fewer animals go into shelters) and increase adoptions.

AVCC is a champion at utilizing the spay/neuter resources made available by Best Friends, and then getting those services to individuals who need it the most.

Surprisingly, many rural residents don’t realize that there’s help available, often without cost, for ownerless, free-roaming cats. “For community cats, there’s no appointment necessary with our local participating veterinarian, and it’s always free,” says Elise. “This partnership is preventing more cats from being born and entering the shelter system.”

While AVCC is proactively working on having fewer cats enter the shelter system, they are not turning their backs on the cats who already are there. Since 2012, Elise has been pursuing a working relationship with Uintah Animal Control & Shelter, and her persistence and patience has paid off. The shelter has been releasing friendly cats to AVCC since February.

“I have been asking them since I started rescuing to let me take the feral cats, get them fixed with the help of Best Friends, and then relocate them to barns and farms,” says Elise. “The management had held the belief that feral cats are a nuisance.”

Recently, the two organizations achieved a new level of cooperation when Uintah Animal Control & Shelter released to Elise two cats that were thought to be feral. Elise views each cat as an individual and helps place each one with the cat’s health and happiness in mind. One of the cats, Clover, is in the process of being nursed back to health after she entered the shelter sick. And as it turns out, she’s not a feral cat at all. She was just very scared and traumatized by her ordeal. The other cat, who is truly feral, was released on a 40-acre farm where he has other cats to pal around with. And if any problems arise, Elise is just a phone call away.

“It is extremely important for AVCC to be able to have a good working relationship with the shelter so we can save as many of those animals as possible,” says Elise.  “NKUT and Best Friends have inspired me to work with this shelter and prove it can be done.”