Leading the way at NKUT 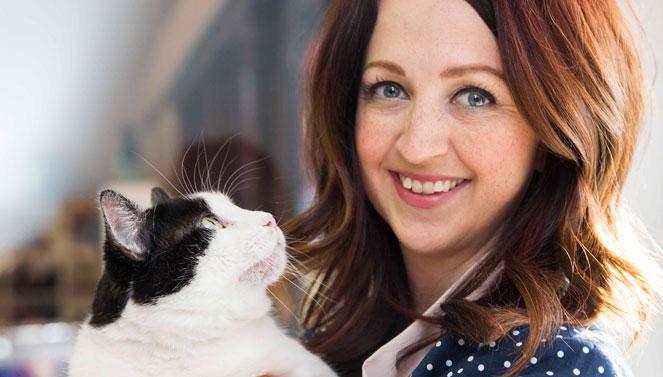 Utah native Sandy Nelson is no stranger to animal welfare. She shares her home with two senior beagles — Buster, who relishes laying in the sunshine and Lola, a high-energy dog who is always up for an adventure. Sandy’s dogs are part of her inspiration to accept the position as the new manager of No-Kill Utah (NKUT). She wants every pet to live a long, happy life in a loving forever home, something that’s central to her new job. NKUT is an initiative led by Best Friends Animal Society that consists of a coalition of Utah animal welfare organizations dedicated to ending the killing of dogs and cats in shelters throughout the state.

Sandy’s passion for helping animals in need came from an unexpected source. “I got involved in animal welfare after watching the first rescue video from Beagle Freedom Project,” says Sandy. “I cried watching those laboratory beagles take their first step on grass. It was then that I knew I had to do something.”

And do something she did. Sandy joins the NKUT team after having served two years as marketing and communications coordinator for one of the biggest shelter partners in the coalition, Salt Lake County Animal Services (SLCoAS). Before taking that job, she served many years as a dedicated animal welfare volunteer.

While Sandy was at SLCoAS, one of her most important contributions was ensuring that every animal coming into the shelter’s care was treated as an individual. “If you were a spitfire cat, you weren't immediately cast off as unworkable,” says Sandy.

There was one dog in particular who further fueled that commitment: Boss was a partially deaf, pit bull terrier mix who was struggling with all kinds of medical issues. He was given every chance by the shelter to recover and find a loving home, but, ultimately, the sweet dog passed over the Rainbow Bridge.

“Whenever I had a hard day at the shelter, I remembered Boss and why I fought so hard for him,” says Sandy. “In any other shelter, he probably would have been euthanized immediately. But at SLCoAS he was treated as an individual.”

“I am excited to work with the Best Friends team and our community in making this a safer place for Utah's pets,” says Sandy. “Our community plays a vital role in turning Utah into NKUT, and I'm passionate about being a part of making that happen.”

Sandy is especially excited about seeing more municipalities embrace no-kill philosophies for their shelters, as well as utilize trap/neuter/return (TNR) as a cornerstone for helping them get there. Her experience in a government shelter is something that will help tremendously in her new role. “I was fortunate to be part of the largest no-kill municipal shelter in the state,” she says. “It helps me to not only understand the limitations of government shelters, but also to understand that communities can provide help to their local shelters.”

Arlyn Bradshaw, executive director of Best Friends Animal Society–Utah, says: “Sandy brings a wealth of animal welfare knowledge to NKUT. She’s a natural leader and she has crucial insights on the challenges and solutions for our high volume shelter partners.”