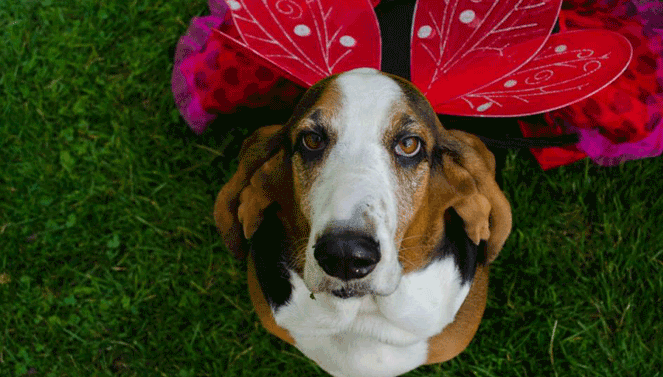 Utah Friends of Basset Hounds brings the spirit to Strut Your Mutt
By: Denise LeBeau on September 16, 2014

“Our people love getting out there with their dogs,” says Peggy Chudd, president of Utah Friends of Basset Hounds (UFBH). “Our dogs love schmoozing.”

For an organization that earlier this month took in 10 dogs in nine days, the almost $13,000 raised by UFBH at the September 13 Strut Your Mutt in Salt Lake City is quite a windfall. The event was geared toward helping No-Kill Utah (NKUT) Coalition members raise much-needed funds so they can save more pets. NKUT is an initiative led by Best Friends Animal Society that brings together passionate individuals, city shelters, and a coalition of animal welfare organizations to end the killing of dogs and cats in shelters throughout Utah.

Since Utah Friends of Basset Hounds began in 2002, the organization has saved nearly 850 hounds that come from municipal shelters and rescue organizations across Utah and from as far away as Montana. With approximately 50 volunteers and foster homes, staff members work hard so they don’t have to turn away any dogs. The group has found that sometimes people fall in love with the basset hound look without fully understanding the breed’s common characteristics. “They’re scent hounds and will not stay in an unfenced yard,” says Peggy. “And so people give them up.” The organization educates prospective adopters so they know exactly what they’re getting into when they take home a basset hound.

UFBH has cultivated such good relationships with many municipal shelters, that the shelters often refer dog owners directly to Peggy, rather than have the dogs enter the shelter where their health and behavior could suffer. UFBH has also placed dogs out of state so they can move as many as possible into forever homes.

UFBH, a coalition member for a number of years, embodies the team spirit that is NKUT.  “It is important to work together,” says Peggy. In the spirit of cooperation, UFBH will be inviting groups to take part in their Howliday Bazaar fundraiser, an event that takes place right before Thanksgiving to help rescue groups capitalize on the gift-giving season.

In the past, UFBH has won various fundraising awards at Strut Your Mutt. This year it won the coveted “best team spirit” award. “Our team members had long ears on their hats, long ears on our sign and butterfly wings on our hounds!  This event is great fun and we really love being a part of it,” says Peggy.

While team members had a blast, UFBH staffers kept focused on the prize — saving more lives. This year one special dog, Missy, a two-year old sweetheart, will especially benefit. Because of bad breeding, Missy suffers from luxating patellas in both of her back legs. The patellas pop out when she walks too fast or runs, causing her to fall down. The condition can be corrected, but only with costly surgeries.

“Many basset hounds suffer from inbreeding, and a lot of their problems are not fixable — but Missy’s are.  We really want to provide her with the quality of life this young dog deserves,” says Peggy. “Strut Your Mutt doesn’t just help raise money. It helps get the word out there that we have amazing hounds available for adoption and fostering. It’s good to have the support of NKUT Coalition. Working with others is the best way to make this all work.  If we’re going to save them all, it’s going to take many villages!”

There’s also still time to support the homeless pets of Utah via the Strut Your Mutt until October 11: http://www.strutyourmutt.org/SLC2014